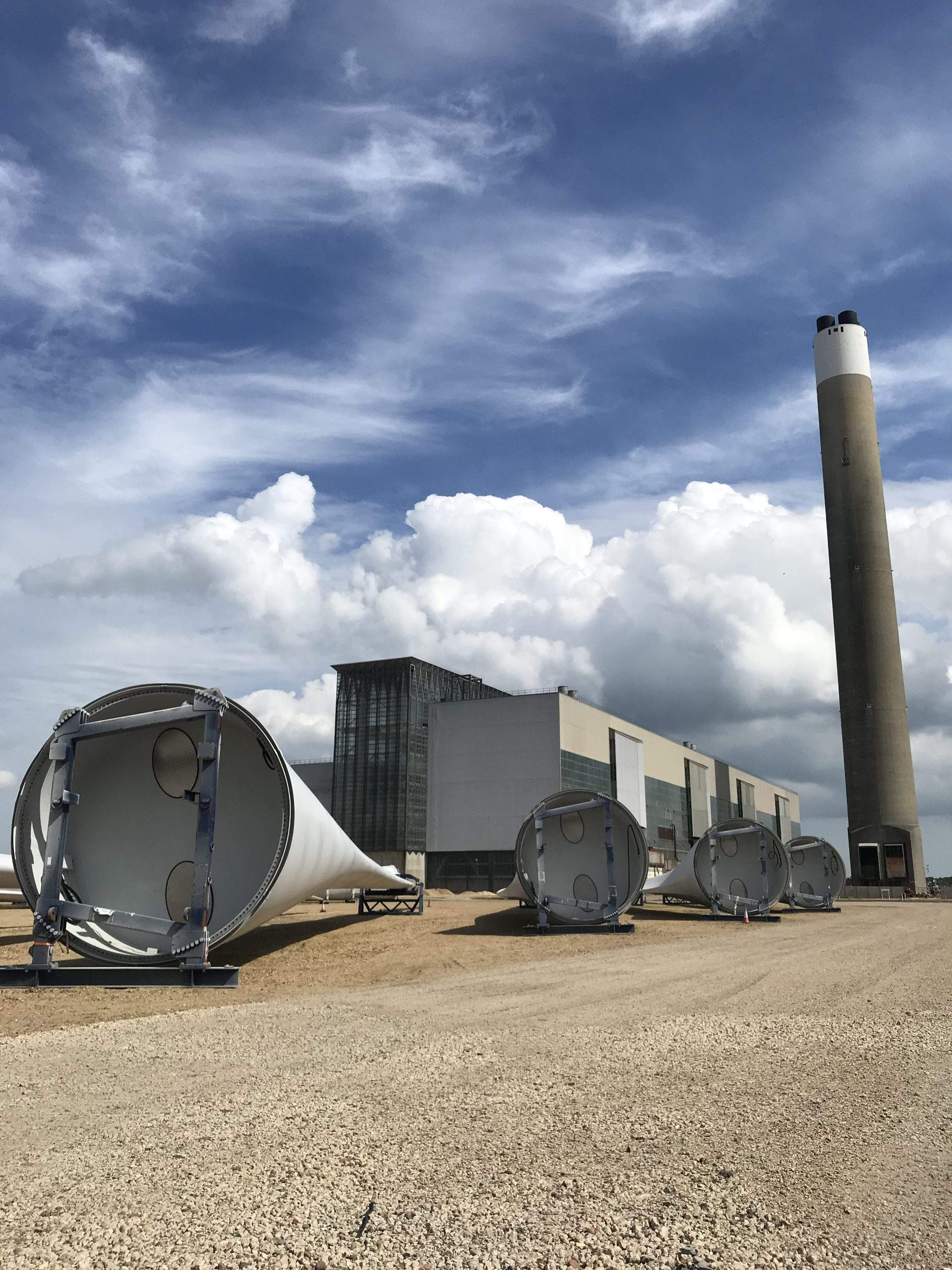 On Sunday 31st October at 07.00am Fawley Power Station’s 650ft (198m) chimney and remaining southern end of the Turbine Hall were demolished by contractor Brown and Mason by the controlled use of explosives.

From 05.30am an exclusion zone was enforced around the site and surrounding area. Sentries and the police marked the exclusion zone boundary and temporarily restricted access. Temporary closures to the Fawley Bypass/B3053 and local footpath network were also in place.

This was the final explosive event for demolition of the Fawley Power Station site. The remaining structures will be demolished by Brown and Mason using machinery in the coming months. Full demolition of the Fawley Power Station site is estimated to be complete in 2022. The concrete lined dock and Turbine Hall basement will remain and be repurposed as part of the long-term redevelopment of the site.

With the official opening of COP26 happening on the same day in Glasgow, the demolition of this 50-year-old, landmark chimney will be a powerful symbol of the green economy stepping up with a new industrial model for the Solent Waterfront, incorporating up to 5000 new jobs and 1500 homes.

Aldred Drummond, CEO of Fawley Waterside Ltd said: “Fawley Power Station was the largest and most efficient power station of its time, the chimney is totemic, one both loved as a landmark by some and disliked by others as a symbol of fossil fuel power. I’ve looked at this chimney for over 40 years and at one stage had considered repurposing it as a viewing platform and restaurant. Once this opportunity was removed through the planning process I some time ago concluded that it can be replaced with a building of much greater elegance that will itself become a beloved local landmark. Today should be considered the start of a cleaner and greener future for the site”.